The Chow Chow dog or Tang Quan (Dog of the Tang Empire in Chinese) is a basal breed originating officially from Northern China, although there are some indications that the breed actually originated from the vast grassland regions of Siberia and Mongolia. Anyhow, it is one of the oldest canine breeds in the world. Archaeologists excavated bones similar in structure to this dog, and it was estimated that these fossil remains are several million years old. Also, there are paintings of Tang Quan dog, or at least they very much look alike, on the pottery dating back from the time of Han Dynasty, more than 2.000 years ago. Quite fascinating indeed! When you look at these facts, it’s quite understandable why this breed, which belongs to the Asian Spitz And Related Breeds section in the class of primitive dogs, is so precious and highly prized.

What is a Chow Chow dog in general? It is a larger medium-sized dog with distinctive look, which reminds me of some teddy bear or a lion. Well, just look at him, we can all agree about that. Anyway, the story of this dog in his native country is quite sad. In case you didn’t know, in China they eat dogs. So, the meat of this dog was often used for food, and his fur was very valuable in the fashion industry. Such sad destiny for such a beautiful dog :( All of this left indelible trace on his temperament and behavior. Fluffy Lion-dog is often lazy, disinterested and slow. This makes him quite suitable for life in an apartment, which is not the case for the majority of other primitive dog breeds. However, if you think this dog is some toy for cuddling, you are definitely wrong. He can be very aloof and unpredictable, which is why you’ll have to act accordingly with this buddy. Main Chow Chow dog characteristics are intelligence, independence, loyalty, laziness, stubbornness, restraint, strength, and sensitivity. This breed doesn’t demand a lot of exercise, which is quite obvious. However, that is not an excuse to avoid taking your dog to walk at least once a day. It will suit just fine for his mental and physical health. He is not prone to wandering, but he can try to investigate the surroundings if bored. So, if you keep your dog in a yard, make sure you have a bigger and stronger fence. Tang Quan is relatively easy to train, just remember to use restrained and accurate verbal corrections. Since these dogs are very sensitive, the best time to start the training sessions is while he’s still a puppy. Only this way you can be sure he will establish self-confidence and proper personality.

The Chow Chow dog life span is somewhere between 12 and 15 years. In not-so-recent past, he was used for the big game hunt, sledding and guarding, while today he is often just a pet and rarely a guarding dog. Yes, he can be a good guarding dog considering his size and distrust with strangers. He will bark at them and, if feels threatened, he will definitely attack and bite. On top of that, he’s very territorial and will keep your property, no matter what. So, I suggest you put a proper warning on your fence or a gate. This dog doesn’t have a strong prey-drive, which is the reason he’s often friendly with cats and other dogs, especially if they grow up together. Of course, he can hurt them in some unlucky chain of events, but he’s not as nearly as dangerous like some other primitive breeds in this case.

The Chow Chow and kids get along nicely, but only if they don’t abuse him too much. He certainly won’t play with them a lot, but they can have some nice gentle moments together :) He loves company and enjoy spending time with the owner’s family. This dog gets attached especially to his primary owner, but only if the man’s calm and confident enough to establish a dominant role without using any sort of force or overreacting. You have to work carefully with this sleepy buddy if you want him to respect you :) This is also important for dog’s mental health since he can become too aggressive or too shy if treated irresponsibly and inadequately. Once properly trained and socialized, this teddy bear dog can be your wonderful companion, and the people around you will just love him. Now, let’s take a look at his physical traits.

About Physical Characteristics Of A Chow Chow Dog

The Chow Chow dog has a strong and sturdy body covered with long and dense double coat, which can be smooth or rough. The overlying coat is long, abundant and dense, while underlying is soft, dense and wool-like. The hair is longer on the neck, chest, stomach, back of legs, buttocks, and on tail. The rough coat dogs have more distinguishable body parts with longer hair in comparison to the smooth coat dogs. Regular brushing is necessary to prevent doggy odour. Three times a week is enough, while during the shedding period the daily brushing is a must. By the way, they are seasonal shedders. Main Chow Chow colors are cinnamon, black, brown, grey, blue, cream, tan, red, and rarely white. The dog can only have one color with certain variations in shades. Any combination of different colors is considered a fault.

The Chow Chow dog has a large broad and rounded head with deep and powerful muzzle. The wrinkled skin covers the forehead and back of the muzzle. This heavy head is set on a strong, thick neck covered with a lion-like mane. The one of his unique physical characteristics is the black-blue tongue (only the Shar-Pei has a similar tongue), which is why some people often call him the Black-Mouthed Dog or Hei She-t’ou (Black-Tongued in Chinese). The triangular, erect ears are relatively small for such a huge head. The nose is broad and black, while small almond shaped eyes are dark, slope and deep-set. This dog has a square shape with deep and wide chest, straight and powerful front legs, almost straight and robust hind legs, and strong and straight back with the long brushy tail laid upon them. No wonder this dog can be quite intimidating at first sight. Ideal Dog For Your Household

Like I wrote above, the Chow Chow dog is a lovely pet, who is most of time calm and lazy. He doesn’t like to run or play too much, neither he likes to do some crazy things out of boredom. Well, honestly, he can make some mess in such situations, but still nothing serious. However, to be 100 percent sure he won’t do anything naughty, once a day put him on a leash and get him out for a little hike. Here, I have to warn you, this dog doesn’t like being tied, so make sure you get him used to a leash while still a puppy. You can also keep him in your apartment with proper potty training. You certainly don’t wanna this big dog do the do in your living space, right? ;) Apart from that, remember to groom your Chow regularly. This is a must considering how hairy he is. Anyway, I’m sure you’ll have a happy home time with this fluffy fella :)

Companion Of The Famous

The Chow Chows have been through a lot during the long and tumultuous history of the breed. They have visited many places, being through all sorts of situations, good or bad, and they’ve witnessed many important events in the history of mankind. No wonder some of the famous people have chosen this dog as their favorite companion. Among them were the likes of Austrian psychoanalyst Sigmund Freud, American famous pop star Janet Jackson, Walt Disney‘s wife Lillian, former American President Calvin Coolidge, and many others. He was the favorite dog of the imperial Tang Dynasty of China, and supposedly he was the model for the traditional Chinese guardian lions statues in front of the Buddhist temples across the land. Quite remarkable! So, you see, if you decide to buy a Chow Chow dog, you will join such noble company of previous owners. The best of all, you will adore this cute lion :) 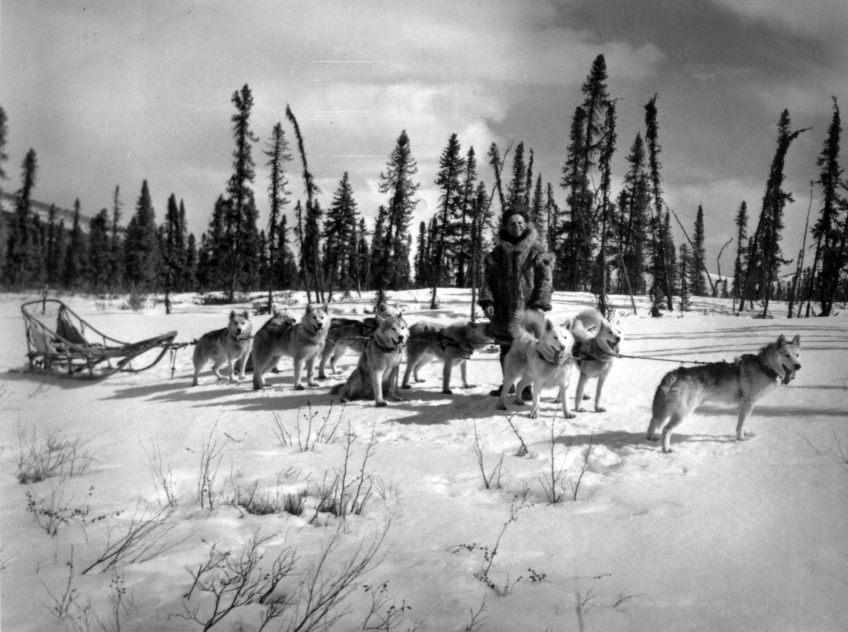 History Of Huskies And Their Origin

Where is Siberian Husky from? How old is this breed? Those were some of many questions I had on my mind...